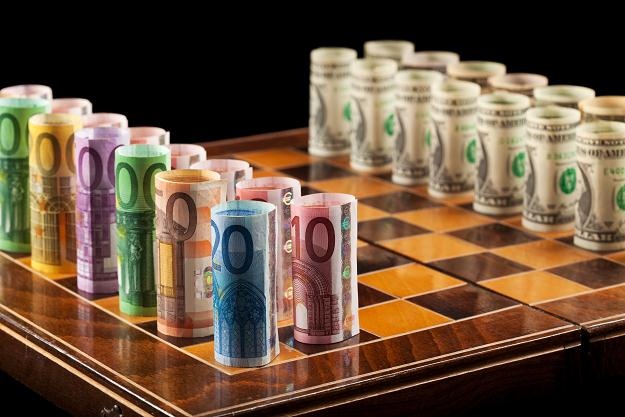 The Cold War was, de facto, the Third World War.  We are now fighting the Fourth World War. It is a global economic war. The victims are hundreds of millions, if not billions, of individuals, their savings, their lifestyles, their future and the future of their children. In effect, the future of the planet is at stake. When analyzed from a global systemic perspective, the question is no longer that of eco-sustainable development. It is much more serious.

But how is this war fought? Who is the enemy? Where is he hiding? What are the weapons of this global conflict? The weapons of global mass destruction (this term couldn’t be more appropriate) the modern “warheads” are the ratings. And you don’t need Inter-Continental Ballistic Missiles to launch them. A mouse click is sufficient. A click of a mouse can push a country into crisis or strain its resources and citizens beyond what logic and economy would suggest. And the warheads seem to fall on the troubled areas in the worst possible moment. A mix of chemical weapons (=toxic derivatives) and nuclear warheads (=ratings) leave a scenario of devastation (=fragile and indebted economy). All one needs to do is go on a cherry-picking mission and buy out what is left at sale price.

Europe seems to be the target and the victim of this war. The US rating agencies has been sending downgrades in the EU’s direction over the past few months, reshaping not only the economy but also the political landscape of the continent. Recently, China has joined the  downgrading spree, hitting both the US as well as the EU. But the EU is not retaliating. Instead, it offers the other cheek by imposing restrictive and growth-limiting austerity measures on its own economies and citizens.

History teaches us (really ?) that the Balance of Power is often a means of guaranteeing peace. But  what can the EU do to strike back? The logical answer is to start its own Rating Agency. And start sending a few downgrades here and there. However, given the lack of leadership and vision, it is difficult to imagine that Europe’s politicians would ever converge on where, how and when to form its own rating agency.

From a purely strategic, balance-of-power point of view, an EU rating agency is a must. However, one must also consider another very important point. With all likelihood, such an agency would employ the very same outdated analytical rating techniques that have contributed so efficiently to creating this global mess. In other words, would it be ethical to fight a battle against a disease with the same virus that has caused it? Would smoking more cigarettes help eliminate the grave illnesses tobacco can cause?

0 comments on “Should Europe Have Its Own Rating Agency?”