For applications requiring ultra-fast and safe monitoring of the complexity of critical components, products or infrastructures, Ontonix offers a specific Complexity Chip.

The chip is based on FPGA technology and has been developed jointly by Ontonix and SAIC in the framework of a project funded by the US Department of Defense Executive Agent for Printed Circuit Board and Interconnect Technology and the NSWC (Naval Surface Warfare Center).

With our complexity technology now available on a chip, QCM (Quantitative COmplexity Management) enters into a new era. In fact, it now becomes possible to monitor complexity in real time and to identify and anticipate problems in all those products which depend on or are governed by large and intricate software systems:

Our complexity chip can also be integrated into mobile and hand-held devices for civilian as well as military applications. 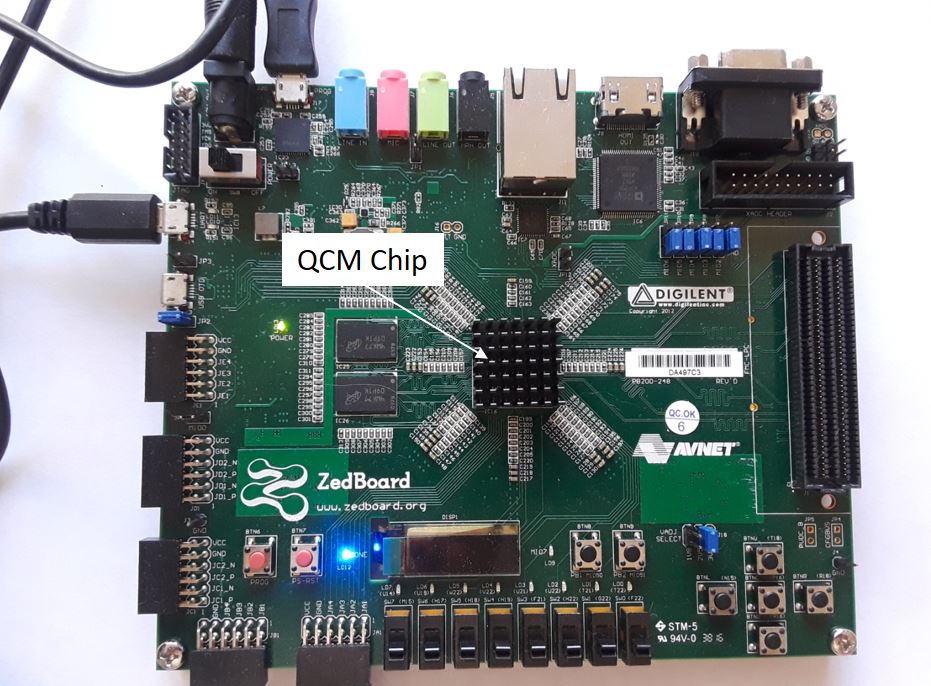 When integrated with a software/electronics system of an automobile or an aircraft, the QCM Chip becomes a modern early-warning box which detects both ‘local’ as well as ‘systemic’ problems. Conventional black boxes only store data. Our system is able to process it and extract additional value from it in the form of pre-alarms.

Military and civilian infrastructures, systems and products, such as cars, aircraft, or networks, have become increasingly complex and dependant on large amounts of software. As a consequence, their complexity has grown to huge proportions and must be monitored and managed. Because excessive complexity is a fenomenal source of problems, it must be considered as a new attribute and KPI (Key Performance Indicator) of modern products and infrastructures. Monitoring complexity helps to identify where its concentrations occur and, therefore, where it is most likely to expect problems or increased fragility. If you don’t want to drown in complexity, the least you can do is monitor it.

Suppose you have a system of N components, or data channels. If you feed sampled data into the QCM Chip you get in output a real-time chart that looks something like this: 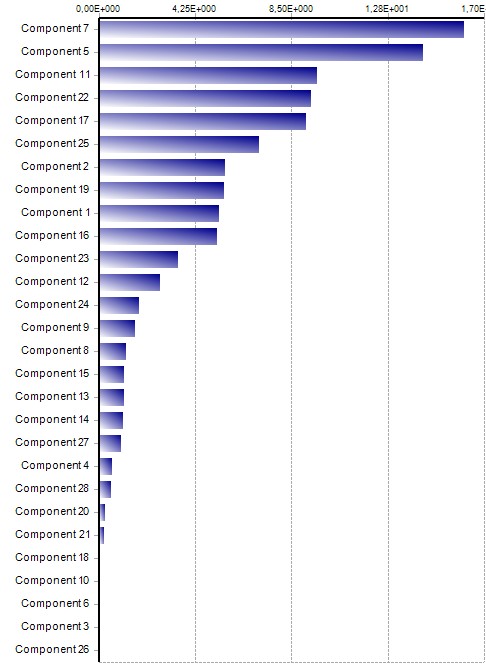 This is a ranking of the said components/channels based on how much each contributes to the total complexity of your system at a given time. Suppose also that at a given moment your system experiences a problem and that the above chart. Where do you look if you wish to determine the cause? You go right to the top of the above chart. If a component appears frequently at the top of the ranking while you experience systemic problems that are hard to identify, that’s where to look for possible causes and solutions.

Our technology has outgrown our ability to manage it. Manage complexity before it’s too late.