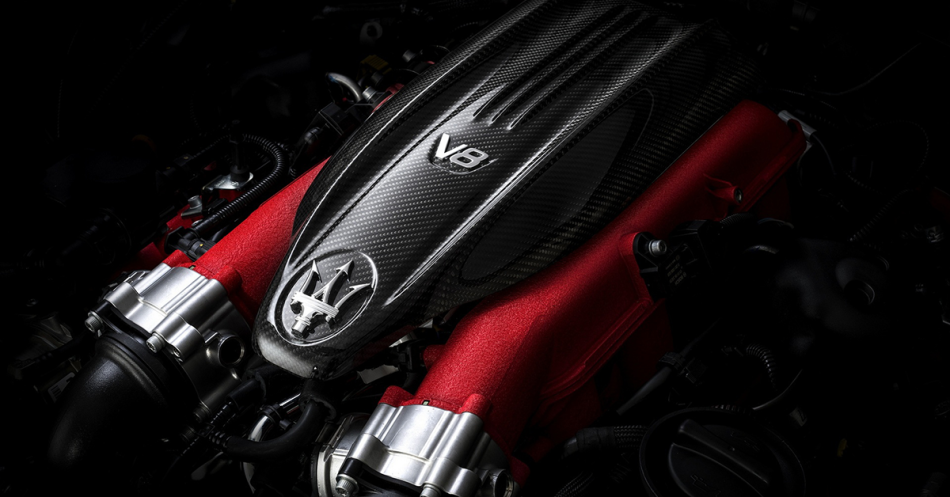 April 28, 2020 Fitch cuts the rating of Italy from ‘BBB’ (April 21, 2017) to ‘BBB-‘ with stable outlook. The downgrade, the agency points out, “reflects the significant impact of the Covid-19 pandemic on the Italian economy”.  According to Fitch, in 2020, Italy’s GDP should record a drop 8% with a debt / GDP ratio of 156%. The stable outlook, on the other hand, reflects the idea that the ECB’s purchases will facilitate Italy’s response to the pandemic and will decrease the refinancing risks.

Fitch had not been due to review Italy’s rating until July. The shock move is another blow to a G7 country, which boasts the second largest manufacturing industry in Europe and the World’s third largest gold reserves, not to mention the lowest implicit debt of all EU countries.

Since the quantitative side of the Fitch’s rating of Italy is based on the effects caused by an exogenous and temporary variable, it would have been appropriate for Fitch to have also considered a further non-secondary element such as resilience. Resilience measures the ability of an economy to absorb the impact induced by Covid-19.

The following figure highlights the evolution of the resilience of the Italian economy since 2002 and illustrates that it is positioned significantly above the upper limit of the band of acceptability. The analyses have been performed based on GDP-specific data provided by EUROSTAT (see our previous blog on the subject). 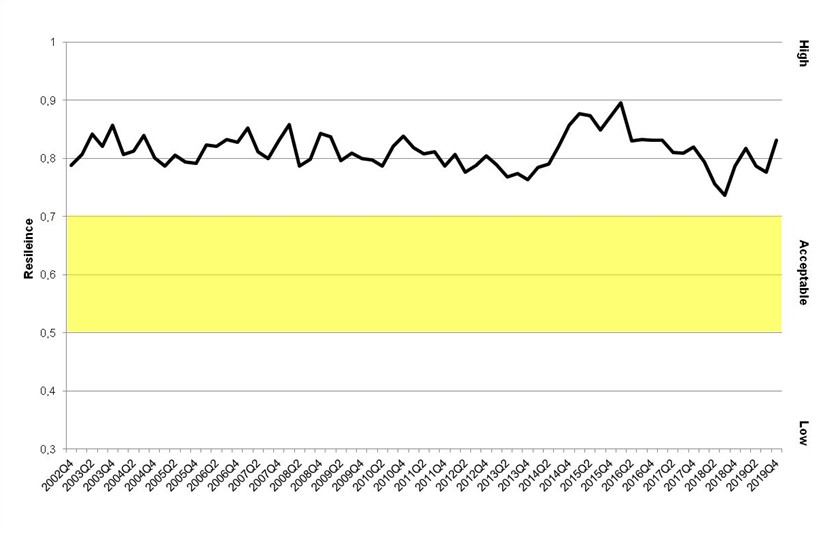 The analyses indicate that the Italian economy is strong and resilient and consequently is able to deal with the economic consequences induced by Covid-19.

Since Fitch’s rating of Italy neglects the high resilience of its economy, it is partial and inconsistent with the real world, leaves wide margin for speculation and generating greater uncertainty around the Italian economy.

Furthermore, the figure below shows that up front the quite same resilience the Fitch rating changes. 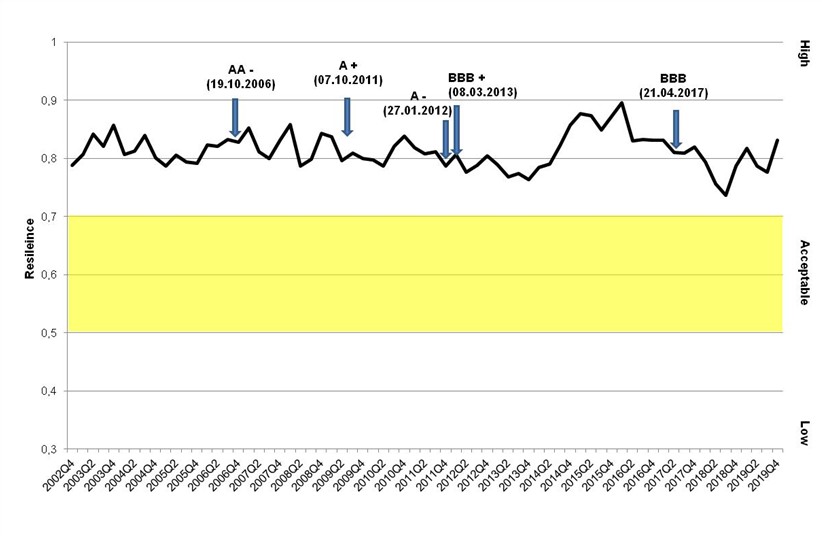 Furthermore, the figure shows that the resilience of Italy’s economy is high and stable (around 80%) while Fitch’s rating fluctuates significantly. This seems to confirm that the subjective and qualitative (and political) nature of the rating has greater weight that an objective and quantitative one.  Finally, the level of resilience in Q4 2019 is aligned with the resilience before the subprime crises when the Fitch’s rating was equal to AA -.

Can Fitch’s claim to be impartial and independent? All Credit Rating Agencies – the key enablers of the 2008 financial meltdown – claim that their ratings are opinions and that everyone has a right to an opinion. 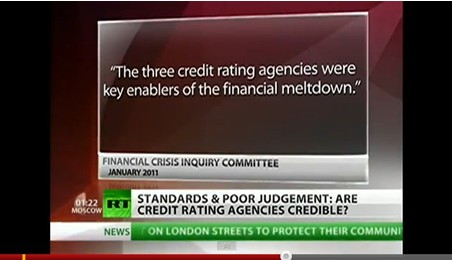 When people’s savings and lives are at stake, not to mention the economies of entire countries, what we need is science, not opinions.

0 comments on “Are Fitch Downgrades of Italy’s Rating Reliable?”