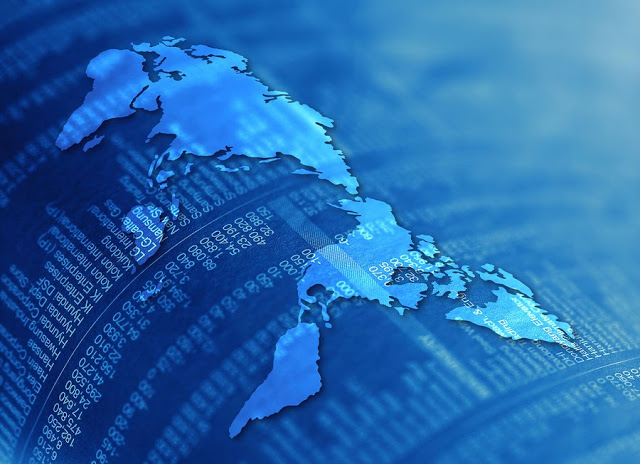 Using annual data from the World Bank, spanning the last 5 decades, we have computed the complexity of the World seen as a system of interacting systems (countries). There are currently 196 countries (the US recognises only 195), each of which is monitored via a series of over 1250 indicators, covering the economy, energy, transportation, education, health care, infrastructures, agriculture, environment, telecommunications, finance, crime, military expenses, etc., etc. Doing the arithmetic leads to approximately 250000 parameters which describe the entire system, i.e. the World (List of indicators).

The results are quite astonishing – see plot below illustrating the evolution of complexity (middle curve) as well as of it upper (critical) and minimum bounds. 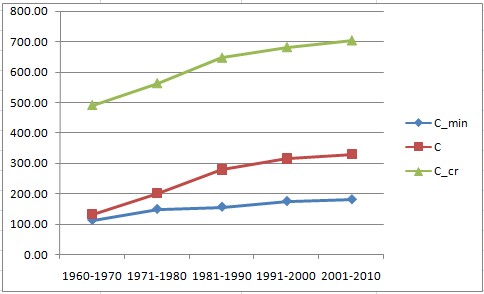 As a system evolves and develops new functionality it becomes more complex. This is natural. The direction of evolution in our biosphere is a good example: from single-cell organisms to mammals. However, each system in nature possesses also the so-called critical complexity (green curve in above plot). This too increases as the system evolves. The same may be said of the lower complexity bound (blue curve). When a system functions close to the blue curve, its behaviour is deterministic and predictable. The problem is to to stay away from the critical complexity curve because there things get chaotic and uncontrollable. The amount of chaos (uncertainty) in the system is reflected by its entropy, see plot below. 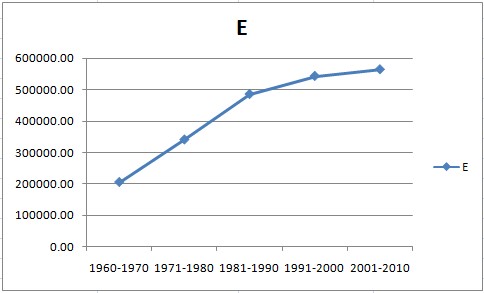 In the 60s through the 80s complexity as well as entropy have been growing steadily. In the 90s things have slowed down and in the last decade both complexity and entropy have plateaued. This means that our rate of development and growth is slowing down. Keep in mind we’re not talking of the economy, we’re looking at the entire system. The economy is only one way to “measure” a system but there are many other facets too.
While it is not the goal of this article to provide an in-depth analysis of the reasons and implications of the above, we would like to draw attention to a few points. First of all, the ratio between  Complexity and Critical complexity has almost doubled in the period 1960-2010 – see plot below. 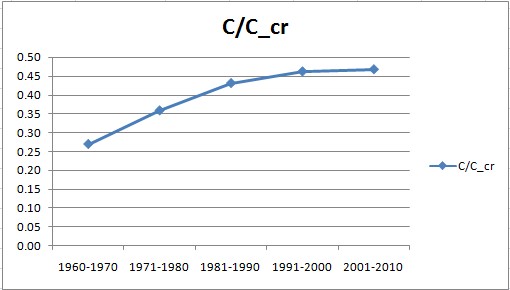 This means that compared to the 1960s, it is almost twice as difficult to understand the world and to govern it. This means that it has become almost twice as difficult to make forecasts, to do business, to get things done. The world is becoming a more intricate place. However, the system seems to have settled in a sort of equilibrium. The fact that we’re still far from critical complexity is good news, the bad news is that the system seems to be stuck. The mild evolution of all of the above curves tells us that the current economic crisis seems to be symptom and not the cause of this state of affairs.
The analysis has been run at the CINECA Supercomputer Center in Bologna. The collaboration of QBT is also acknowleged.
www.ontonix.com
www.rate-a-business.com

0 comments on “How Complex is the World? We’ve Measured It.”