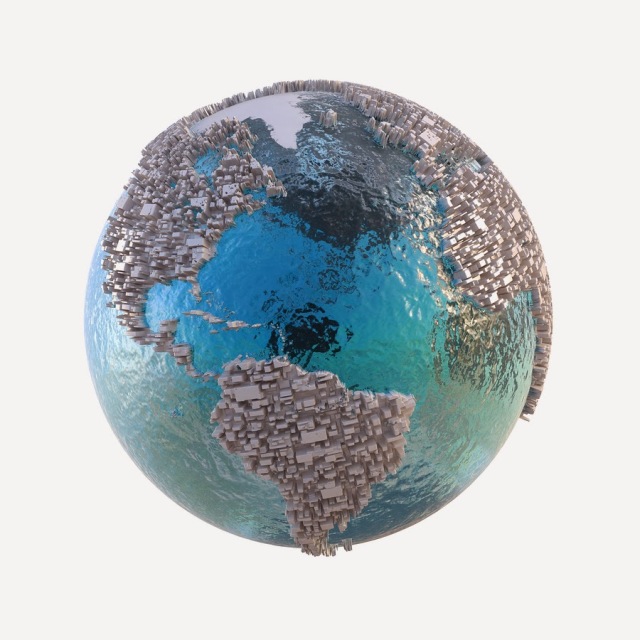 Imagine the World as one big corporation, offering all sorts of products and services. If one observes the World, and recognises that most (if not all) things tend to states of greater chaos and fragmentation, it may be difficult to reconcile both images. For example, the number of countries, is increasing. Look what happened to Yugoslavia and Czechoslovakia or the Soviet Union. Belgium and Spain will probably be next. Even the European Union itself is being questioned by growing numbers of its disillusioned citizens. The bottom line is that number of players is increasing, their demands and conflicting interests are going to be very difficult to deal with. There are centrifugal forces everywhere. Well, almost everywhere. In fact, as countries and societies tend to break up, there is an equally clear trend in the opposite direction in the corporate world. Consolidations are creating super-huge conglomerates of corporations and super-banks.
Let’s look at consolidation in the US over the last two decades. First the media industry.

And the banking industry.

Such super-huge companies have been named as “Too Big To Fail” by Stewart McKinney when he  served on the Banking, Finance and Urban Affairs Committee in 1984. He was wrong. Super-huge companies and banks have failed and without early warning. Size, in this case, doesn’t matter. The  problem, in fact, is not so much size as complexity. Excessive complexity to be precise. The new paradigm is “Too Complex To Survive”. The enemy is excessive complexity. And why?

If we allow this mega-monster corporation to emerge, we need to be well aware of the three keywords appearing above: hazardous, degraded, catastrophe. Is this the world we want?

Today, complexity can be measured and managed. It is a fundamental and strategic Key Performance Indicator of any modern business. Ontonix is the first and only company to measure and manage complexity. Rationaly. Serious science starts when you begin to measure.