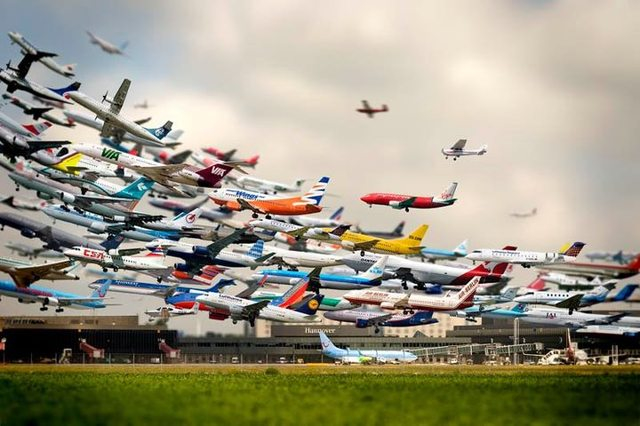 A paper copyrighted in 1998, called How Complex Systems Fail and written by an M.D., Dr. Richard Cook, describes 18 truths about the underlying reasons complicated systems break down. On the surface the list appears surprisingly simple, but deeper meaning is also present. Some of the points are obvious while others may surprise you.

We report the paper verbatim.

“The first few items explain that catastrophic failure only occurs when multiple components break down simultaneously:

1. Complex systems are intrinsically hazardous systems. The frequency of hazard exposure can sometimes be changed but the processes involved in the system are themselves intrinsically and irreducibly hazardous. It is the presence of these hazards that drives the creation of defenses against hazard that characterize these systems.

2. Complex systems are heavily and successfully defended against failure. The high consequences of failure lead over time to the construction of multiple layers of defense against failure. The effect of these measures is to provide a series of shields that normally divert operations away from accidents.

3. Catastrophe requires multiple failures – single point failures are not enough. Overt catastrophic failure occurs when small, apparently innocuous failures join to create opportunity for a systemic accident. Each of these small failures is necessary to cause catastrophe but only the combination is sufficient to permit failure.

4. Complex systems contain changing mixtures of failures latent within them. The complexity of these systems makes it impossible for them to run without multiple flaws being present. Because these are individually insufficient to cause failure they are regarded as minor factors during operations.

5. Complex systems run in degraded mode. A corollary to the preceding point is that complex systems run as broken systems. The system continues to function because it contains so many redundancies and because people can make it function, despite the presence of many flaws.

Given the inherent potential for failure, the next point describes the difficulty in assigning simple blame when something goes wrong. For analytic convenience (or laziness), we may prefer to distill narrow causes for failure, but that can lead to incorrect conclusions:

The next group goes beyond the nature of complex systems and discusses the all-important human element in causing failure:

9. Human operators have dual roles: as producers & as defenders against failure. The system practitioners operate the system in order to produce its desired product and also work to forestall accidents. This dynamic quality of system operation, the balancing of demands for production against the possibility of incipient failure is unavoidable.


11. Actions at the sharp end resolve all ambiguity. Organizations are ambiguous, often intentionally, about the relationship between production targets, efficient use of resources, economy and costs of operations, and acceptable risks of low and high consequence accidents. All ambiguity is resolved by actions of practitioners at the sharp end of the system. After an accident, practitioner actions may be regarded as ‘errors’ or ‘violations’ but these evaluations are heavily biased by hindsight and ignore the other driving forces, especially production pressure.

Starting with the nature of complex systems and then discussing the human element, the paper argues that sensitivity to preventing failure must be built in ongoing operations. In my experience, this is true and has substantial implications for the organizational culture of project teams:

12. Human practitioners are the adaptable element of complex systems. Practitioners and first line management actively adapt the system to maximize production and minimize accidents. These adaptations often occur on a moment by moment basis.

14. Change introduces new forms of failure. The low rate of overt accidents in reliable systems may encourage changes, especially the use of new technology, to decrease the number of low consequence but high frequency failures. These changes maybe actually create opportunities for new, low frequency but high consequence failures. Because these new, high consequence accidents occur at a low rate, multiple system changes may occur before an accident, making it hard to see the contribution of technology to the failure.

15. Views of ‘cause’ limit the effectiveness of defenses against future events. Post-accident remedies for “human error” are usually predicated on obstructing activities that can “cause” accidents. These end-of-the-chain measures do little to reduce the likelihood of further accidents.

16. Safety is a characteristic of systems and not of their components. Safety is an emergent property of systems; it does not reside in a person, device or department of an organization or system. Safety cannot be purchased or manufactured; it is not a feature that is separate from the other components of the system. The state of safety in any system is always dynamic; continuous systemic change insures that hazard and its management are constantly changing.

17. People continuously create safety. Failure free operations are the result of activities of people who work to keep the system within the boundaries of tolerable performance. These activities are, for the most part, part of normal operations and superficially straightforward. But because system operations are never trouble free, human practitioner adaptations to changing conditions actually create safety from moment to moment.

The paper concludes with a ray of hope to those have been through the wars:

18. Failure free operations require experience with failure. Recognizing hazard and successfully manipulating system operations to remain inside the tolerable performance boundaries requires intimate contact with failure. More robust system performance is likely to arise in systems where operators can discern the “edge of the envelope”. It also depends on providing calibration about how their actions move system performance towards or away from the edge of the envelope.”